As we all dance in the next few days into the political space to decide the fate of our father's land, whether as a campaigner or a supporter I want you to ponder upon this question, when you find the time at any given hour to recess from all human contact, "what really is the motive of my ambition?"

Permit me to guide your imagination. For now all may seem well, but after 1,460 days (4 years) or if you are fortunate 2,920 days (8 years), what happens thereafter? What really?

What will you truly be remembered for, when time comes testing your deeds. Will it endure? I have met former 'great' office holders queuing for public service only to be met with the same very inefficient service that during their golden days, they would have easily influenced the necessary change, that now they themselves would have been major beneficiary with their names spiced all around the achievement as an aroma emitting from a bottle of perfume. 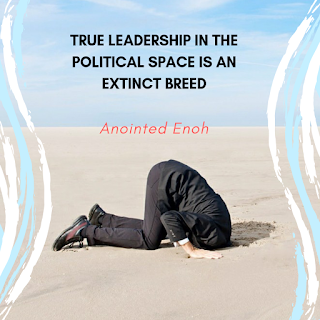 But oh no, we now all suffer the same fate. I see their faces wrinkled with regrets over wasted opportunities that would have now written their names forever on the sands of time. Heed to this reader, naming a street or an inanimate structure after a person will not immortalize him/her. It is the good deeds of men for men that immortalizes men!

I hope my words of caution falls on fertile soil. How conscious are you of legacy? Do you care what the consequences are thereafter you have carried out your deeds either as an office holder or supporter? Because there will be consequence and you will either be glad or bitter at it.

From the benefits of hindsight, how many ex-known political figures have you seen dash for safety when a failed project that is attributed to their names are mentioned? Many I will say! I am almost in near doubt that we would have any example in this regards that we will sincerely want to emulate and follow in their footsteps, that is, if our visible followership won't be influenced by externalities such as money and faults loyalty.

Friend, life will always come judging. So why not adequately prepare to render selfless service to mankind. Indeed, the most humbling opportunity that life offers us is service to others. And when done well, there is always immense benefits that transcends known territories.


Posted by anointedenoh at 08:11 No comments:


Posted by anointedenoh at 08:07 No comments: 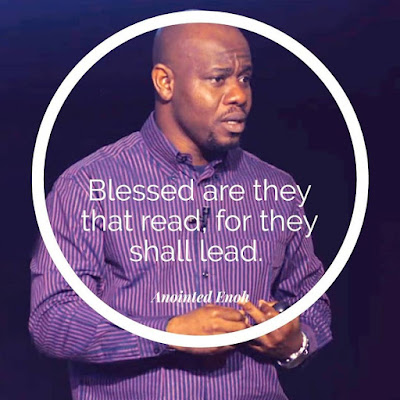 I opened a teaching on the 'culture of reading' with this phrase. Seven years after, two young men at different occasion approached me and said, 'sir, this phrase altered my life, while sitting in that auditorium.'
Posted by anointedenoh at 06:45 No comments: 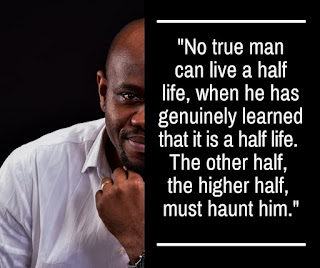 If you ever noticed you have been struggling with your current status.

For instance, what should naturally appear comfortable is awakening a level of 'dis-ease' and you are gasping for more.

Then this quote may provide some ease to liberate the trapped 'angel' within you.
Posted by anointedenoh at 06:39 No comments:

The most demanding skill in the world - Self Leadership. 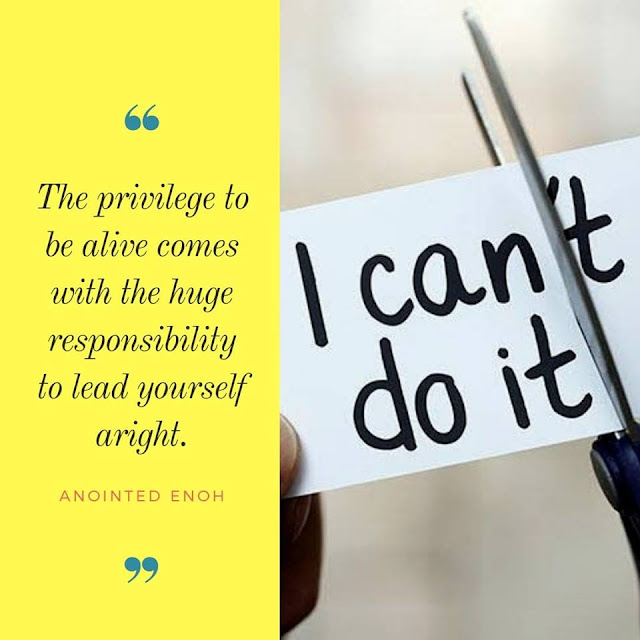 Posted by anointedenoh at 06:28 No comments: 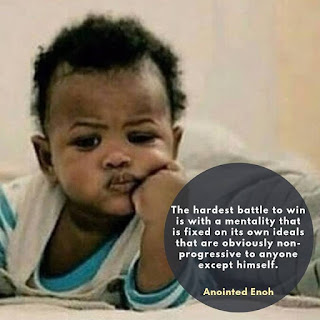 INFLUENCING OTHERS
It was a lifesaver, the day I discovered you can't change anybody.
A mentor once said, "I almost died trying to change people. But I found out much later, that people's 'light bulbs' - epiphany, comes on at different intervals. Some the first day they heard, another a week after, others several months later, while certain folks maybe decades before the moment of self-realization done on them."
I guess that is why Jesus never argued with the Pharisees. For knowledge will always govern ignorance.
So learn to leave it at what was advised and move on to more productive ventures; because if you weren't needed in Capernaum, there maybe great need for you in Samaria!
Posted by anointedenoh at 06:24 No comments: 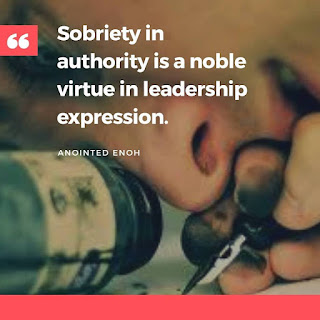